The Telesto production company was founded in 2004. From the very outset, it has been focused on creating high-quality, modern and positive films for the viewer.

Starting out with television projects, by now we have mastered all the formats of modern filmmaking: TV films, television series, short films as well as feature films. 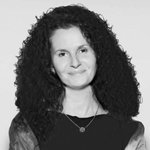 Graduated from the MSU Faculty of Journalism and completed Higher Courses for Scriptwriters and Film Directors (Igor Tolstunov’s producer workshop).

Since 1991 co-heads (together with Mikhail Degtyar) the Reporter TV studio, specialising in specials and documentaries.
The Reporter studio has been was awarded four TEFIs, the Laurel Branch award as well as a large number of international awards.

Since 2007 is the Executive producer of the Telesto production company. 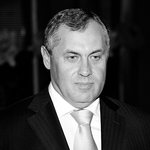 Graduated the Moscow Power Engineering Institute and completed courses at the International Chamber of Commerce of Ontario (Canada), specialising in international import-export operations.

In 2004 he founded the Telesto production company.

facebook.com/telestofilmyoutube.com/telestofilmrussia
Join our pages on social networks and stay tuned for news as well as videos and unique photos!
TOP